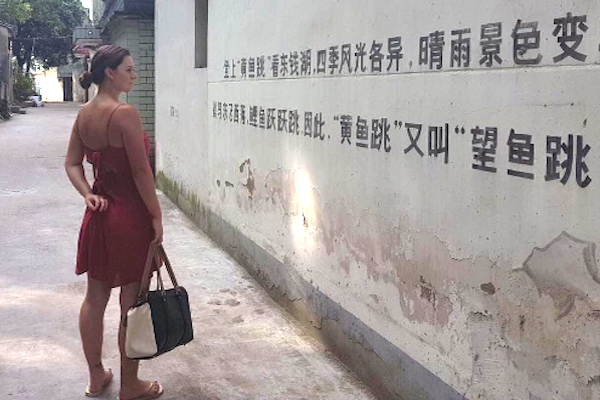 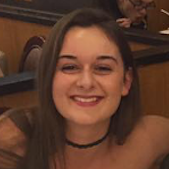 Francesca is Anglo-Italian born and raised in England. Having studied Italian from an early age and Spanish at school, she added Mandarin to her polymath credentials whilst at University and travelled around Europe and to China to learn the culture as well as the language.

I am not fully British. And I don’t really ‘look British’ (whatever that might mean). I am half Italian. But I was born in England and grew up only speaking English. So, I’m not sure where the fascination for languages came from.

Languages are the gateway to so many things in life. Job opportunities, culture, reduced risk of Alzheimer’s, new friends in foreign places and an open mind. Just to name a few.

I loved English. I was good at English. When I was little, I went to Italian classes on the weekend. At school, I studied Spanish. Fell in love with the language and languages in general. The sound, the accent, the culture rooted in every word.  Then I learnt Mandarin at university. I told myself I needed a challenge!

Here’s my story – my language gateway. 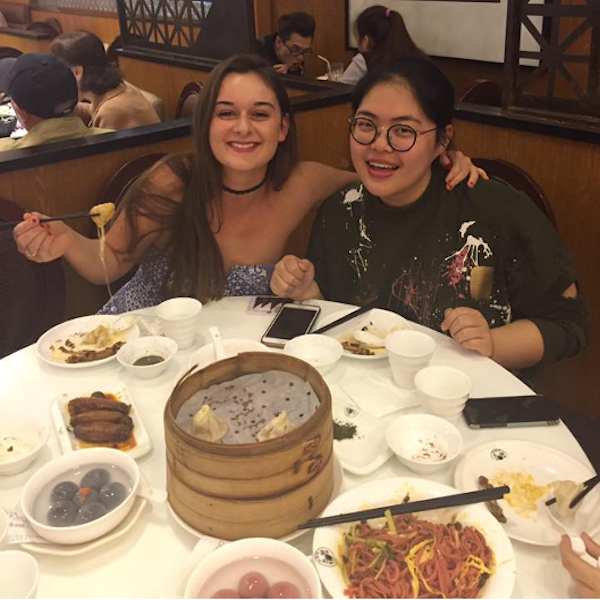 Languages are just the start of finding out about a country.

I was sixteen years old, on a date with a Spanish guy. He turned to me and said ‘No tengo pelos en la lengua’. I looked at him bemused. Why is this guy telling me that he’s got no hairs on his tongue? I later found out this phrase is one of the beautiful elements of language –an idiom. A phrase that sounds like absolute nonsense to an ‘outsider’ of the language. This phrase equates to our British idiom – ‘I don’t beat around the bush’.

Culture and language is an interesting combination, so interesting in fact that I decided to write my final year dissertation on the subject.

I studied Spanish and Mandarin at university, so naturally I went to both countries for my year abroad. I started in Seville. I remember being on the metro and wanting to sound all Spanish and fit in with the locals, by saying – ‘dejame pasar’ – which literally means ‘let me pass’. But my British instinct kicked in. It sounded rude, too direct, those words just didn’t come so naturally to me. So I used a politer version, and in that moment all the people on the metro stared at me. They knew then, I wasn’t from round here. That and all my ‘gracias’ and ‘Lo siento’s’ later…all the please and thank you’s. I realised you could take the British girl out of Britain, but not the British out of the girl.

I studied in both countries. Note to self – read the small print. My first class at the university in Seville, I saw the confused non-looking Spanish girl, figured she must be an Erasmus student too and chose to sit next to her. My instinct was right. Then the teacher started making strange movements with his hands, his face was very expressive and I was enthralled. But this wasn’t Spanish, was I in the wrong class? Then, lightbulb moment. I had signed up to Spanish sign language. I thought sign language was universal, turns out its not. A gateway.

Another thing I love about languages, the quiet assumption that you do not understand the commotion around you. When indeed you do. Fast forward to post university when I lived in Beijing. Another metro story. I feel there’s a pattern here. A Chinese couple came on the train and started asking everyone for directions to Tiananmen Square. My sense of direction is almost non-existent, to say the least. But I knew where Tiananmen Square was, didn’t everyone who lived in Beijing? After all, it is a pretty big landmark. Turns out no one on this train knew. And then the couple started talking about me – ‘oh look at that white American girl’, they said in Mandarin. I kept quiet for a bit. Then I turned around, explained the directions to Tiananmen Square in Mandarin and told them I was indeed British, not American. Silence. Mouths wide open. I could understand a conversation in Mandarin. A gateway. 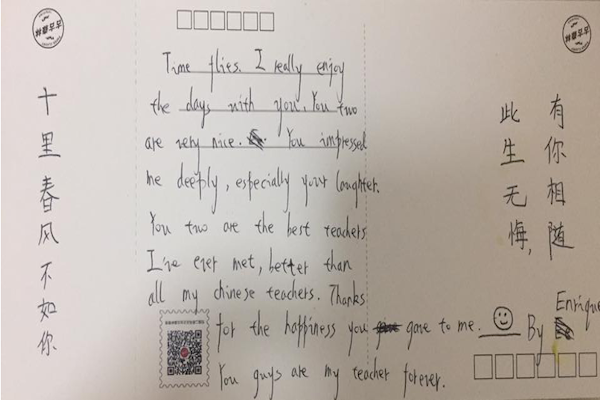 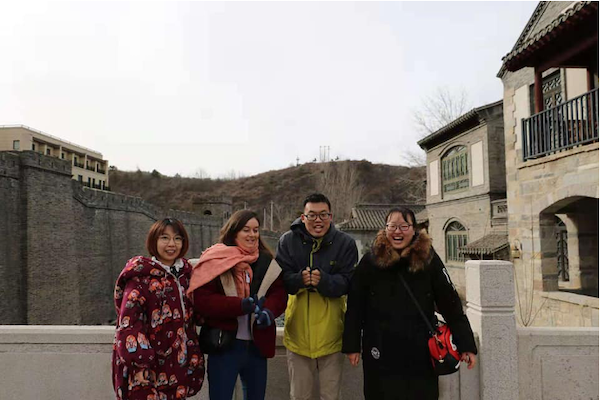 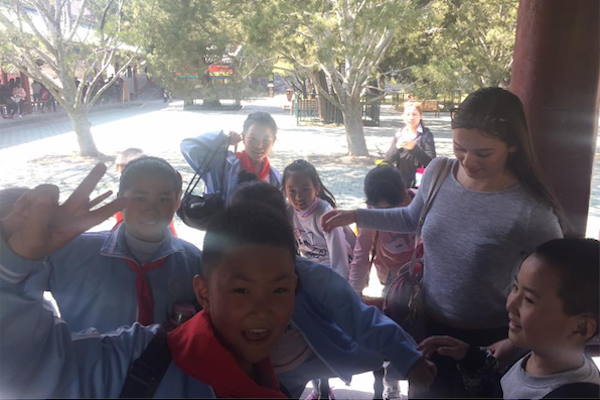 Anyway, let’s go back to Seville. Studying abroad is such an amazing opportunity. You are immersing yourself in the language every single day, just by walking outside to grab a coffee or hop into a taxi. You are living and breathing the language. And you become more open minded. You see that learning a language in a classroom is one thing. But you are confined by the textbook and classroom walls. Living in the country, you realise people do not speak like the textbook – language is so rich in culture – from slang, idioms, hand gestures, traditional customs, outlooks on life…and more. A gateway.

At a university in Seville I noticed that students would refer to each other as ‘tío’ or ‘tía’. I had learnt these words to mean ‘uncle’ and ‘auntie’, but as I later discovered, these words can also be used in a colloquial setting; a way of referring to close friends.

In China, I understood (more or less!) the Chinese waiters, what I didn’t understand was why they left half-way through our order. I didn’t know that in China it is custom for one person to order on behalf of the table.
I understand my Italian grandma most of the time, we speak in Italian together and sometimes I will add Spanish or English words when confusion arises (she always gets mad when I do that). But what I don’t understand is her need to control and show love through food. An over-bearing kind of love.

And when all words are lost on me – after a plate of her finest pasta, I raise an index finger and twist the tip of my finger on my cheek. This means in Italian that the food is delicious. It never fails to make my grandma smile.
I also learnt to have a thicker skin during my time abroad. A gateway. I was running late for university in Seville (I’m always a bit late, I guess I was working on Spanish time). So I walked briskly to the metro, munching on breakfast as I paced the street. A man walked past and called me a ‘fat girl’. At that point I was used to this kind of directness and humour, and I shrugged it off and laughed.

After Seville, I moved to a place called Ningbo – near Shanghai. In Spain I could pass as a Spanish girl. But I couldn’t be Chinese in China. I felt very different, in every way imaginable. It wasn’t easy. Suddenly my own culture flipped 360 and I didn’t know where I was anymore. I studied in China too, I also taught English and Spanish. A gateway.

I was teaching a girl English, her English was really good and so I challenged her often with harder material. ‘Today’, I said, ‘we are going to discuss plastic surgery. What do you think about it?’

‘Well, I’ve had it’, she said. This time I was the one going quiet. From her and many others I met along the way, I learnt just how different the culture was, the expectations, the ‘norm’, the definition of ‘beautiful’, societal pressures. Living in China opened up a whole new world to me, and I was fascinated by it. It made me more tolerable and empathetic as a person, and I’d like to say wiser. But at the mere age of almost 25 – I know that becoming ‘wiser’ is something that never ends. But it is experiences like these that shape us and change who we are. Without doubt, when I returned from my year abroad – I was not the same person I was when I left with a suitcase, a passport and no idea how amazing the next year would be.

Craving adventure and wanting to improve my Mandarin, I moved to Beijing after graduating university. I lived there for two years. It was harder than China round 1, because this time there was no comfort blanket of university. But I grew so much as a person. I spent my first-year teaching English. My second year I landed a job at The British Embassy in Beijing. I started off working in immigration. Then covid hit and because of my language skills, I found myself getting a promotion of sorts. I was seconded to the consular department. I absolutely loved this role. I was using my Mandarin skills to be the conduit between the Chinese government and British nationals in distress. It was highly rewarding; my Mandarin improved a lot and I discovered my love for helping people. A lot of other people in the embassy wanted this role, but they didn’t have the language skills like I did. And I know this work will always stand out on my CV. Languages do truly bring a myriad of opportunities. A gateway.

And not just the formal job side – the informal social stuff too. A few friends had come to visit me in Beijing, we were out a bar and the night took a spontaneous turn. There was a club next door, clubs in China are…different. The bouncer was not letting us in, for no real valid reason. I started speaking Mandarin to him. He soon changed his mind. A gateway.

Confidence. I think learning a foreign language brings confidence too. A few tequilas and your Spanish is on fire – ok maybe that’s down to tequila. But the knowledge that if you can live in China, survive in China, communicate in China – what can’t you do? So I tell myself when I’m feeling low and the self-doubt creeps in. I spoke Mandarin on a stage to fellow students and gave a presentation on Chinese tinder. Because everyone else presented traditional customs, and in true me style – I wanted to be different…

In Beijing, I presented the work’s annual meeting, in front of a thousand people, in Mandarin. If you would have told me this when I first started university and all I knew was ni hao (hello) – well, I’d have said, no way!
A gateway.

Learning a language is truly life changing. Now I’m living in London and I plan to start Arabic classes soon. I don’t know any Arabic apart from ‘hello’ and ‘thank you’. But if you are excited about something enough – you’re halfway there. Languages offer limitless opportunities. What will yours be?

Check out our classroom resources for a “Why Study Languages” poster and more.

← Prev: Apps and Websites for Learning Languages Next: Top Tips for a Travelling Student →

If you like the blog posts and want to be alerted when more arrive, please follow us on our social media channels or turn on notifications on this page using the red icon in the bottom right hand corner. 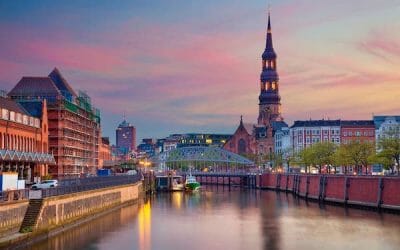 November 2019, and our first work experience trip to Hamburg had just returned. The trip had been a great success and...

Top Tips for an Au Pair and Study Course

What made you book an Au Pair and Study Course? I thought it was a great opportunity and a chance to do something... 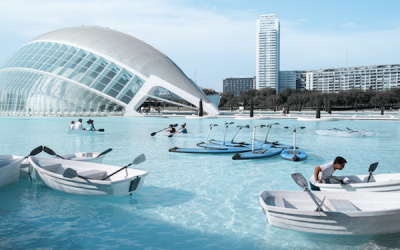 How to Spend a Weekend in Valencia

If you only have a short time to explore Valencia, you’ll want to make the most of your visit. This short guide will help.